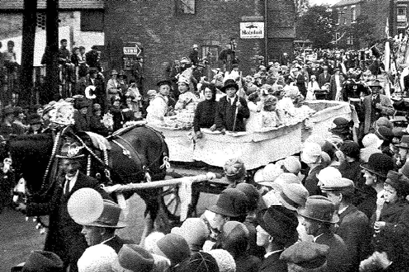 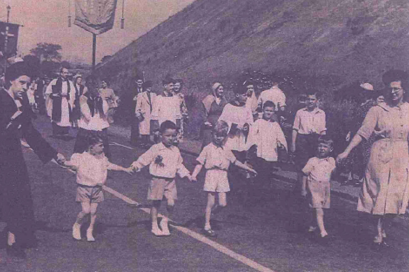 In 1212 Rixton Hall was completed by Alan de Rixton, the Lord of the Manor. This later passed into the hands of the Mascy family. The Manor of Glazebrook was owned by the Warburton family and in 1384 Geoffrey de Warburton ceded his manor to Hamlet Mascy. This led to the combining of the two areas which became known as Rixton-with-Glazebrook, incorporating the existing hamlet of Hollinfare. In 1748 the Tempests inherited the estate, which was later sold to the Wilson Pattens. Today this moated hall is used as offices for Biffa.

Farming, basket makers and fustian cutters were the main trades of the time – the latter being worked from the home. The draining of the mossland between 1870 and 1880 resulted in an expansion of farming as thousands of acres of new land became available for cultivation and attracted both local men and farmers from other parts of the country. This population increase gave new impetus to village life and this expanded settlement started to become more commonly known as Hollins Green.

Hollins Green was a busy staging post on the main Manchester to Liverpool coaching route during the 18th and 19th C, which led to the establishment of several public houses and a Smithy, which still operates today. With Glazebrook Station coming into operation from 1875 this led to further employment and the expansion of the villages of Glazebrook and Hollins Green. Brickmaking was becoming established in the late 1800’s.