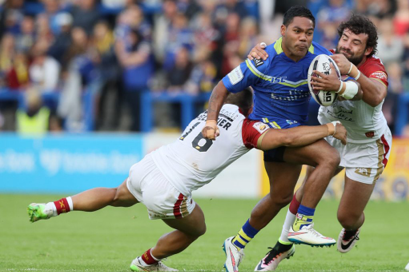 “Twenty of the pupils took part in the Sky Try touch rugby match that was held during half-time. The Wolves Foundation provided the children with the kit and school also held their own fundraising event to pay for transport to Newcastle. We entered the children into a photograph competition, held by Sky Try on twitter, and won the prize for the best photo representing the schools at the Magic Weekend and won – three rugby balls signed by England RL captain Shaun O’Laughlin. The school will raffle these off to help fundraise for other projects at the school. The children decided that, as a thank you, they would like to donate one of the balls back to the Warrington Wolves Foundation.”