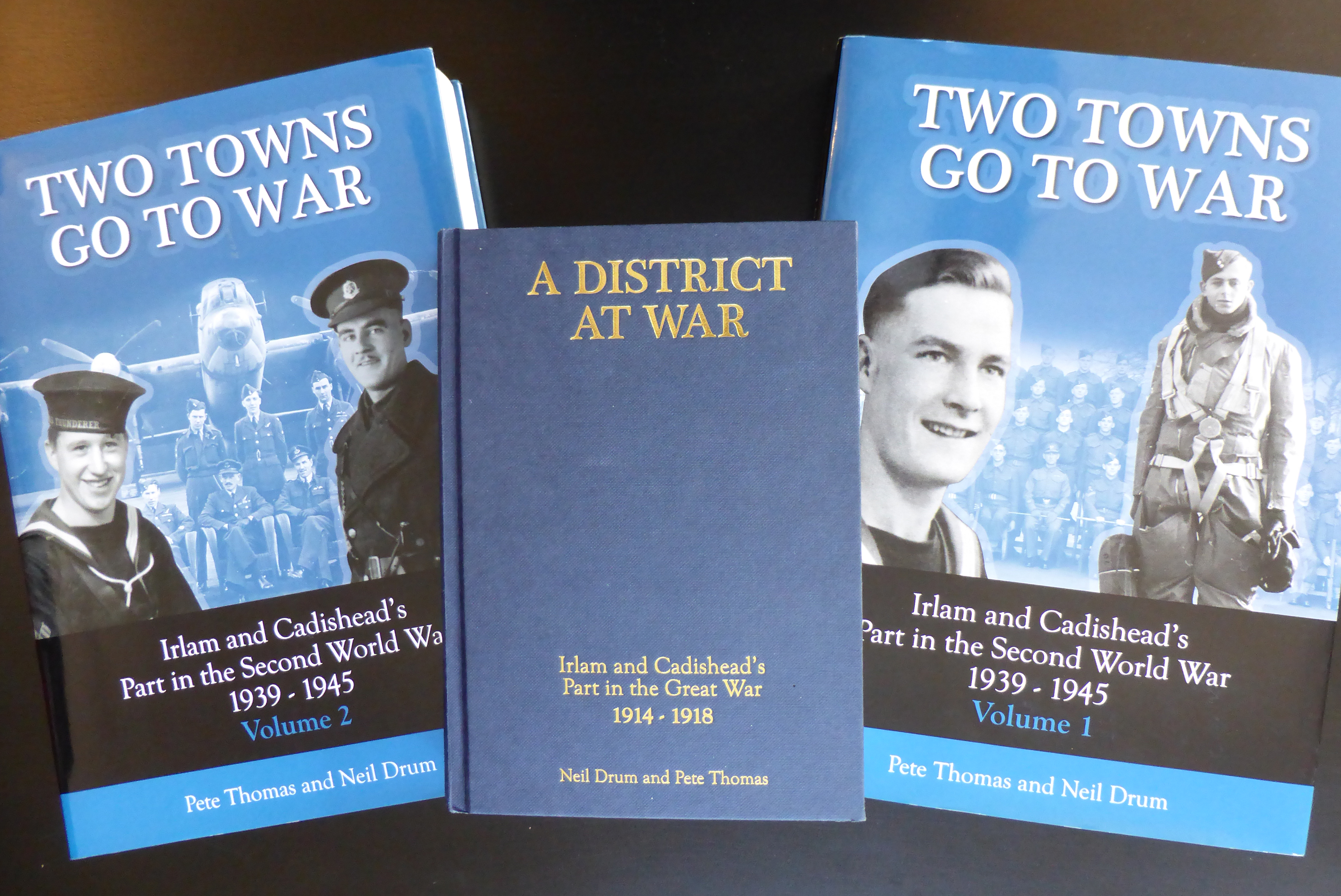 Irlam and Cadisheads involvement in the First and Second World Wars is documented in two books written by local authors Pete Thomas and Neil Drum.

Their first, ‘A District at War’ (which is now sold out) was launched in July 2010 and covers the First World War.

Following the success of A District at War, Neil and Pete decided to document the Second World War and went on to write ‘Two Towns go to War’, which was launched in March 2014 and is still available to purchase.

Both books were launched at Hamilton Davies House in Cadishead and were attended by, amongst others, the authors’ families and ex-service men and women. Publication and promotion of the books has been supported by Hamilton Davies Trust.

‘Two Towns go to War’ is a double edition and is available to purchase at several venues throughout the district. Please contact Hamilton Davies Trust on 0161 222 4003 for more information. Order forms can be downloaded by clicking on the pdf below.

How To Find Us